How to protect ATMs from physical attacks? 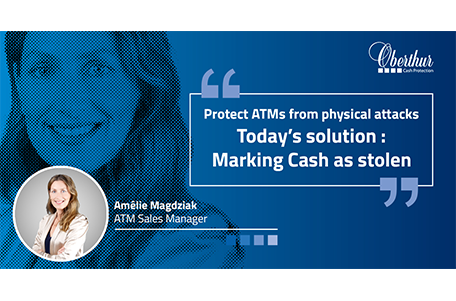 Off-premise deployments are very attractive for financial institutions but the risk of an ATM attack is significantly higher at such locations.

Bank business models are moving towards the use of large numbers of self-service stations and high-end customer service centers, allowing banks to reduce their cash transaction costs. In order to accommodate customers and their demands 24-7, as well as to increase convenience, many institutions have deployed multiple point-of-sale and freestanding ATM kiosks in malls, parking lots and other retail locations. This shift in ATM availability has increased the amount of cash available in high risk locations giving criminals new opportunities for attacks.

Cash Loss figures alone do not take into account the collateral damage to equipment or property. Costs for damaged buildings and equipment, loss of business, lawsuits, bad publicity exceed by far the cash loss. 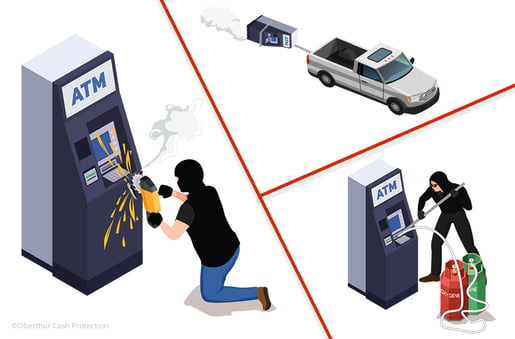 Intelligent Banknote Neutralisation Systems are designed to prevent attacks by removing the anticipated reward of the crime and increasing the risk of being caught, by marking all the cash as stolen with an indelible security ink when an ATM attack is detected. This will not only foil the theft but act as a deterrent against future attacks. Highly stained banknotes cannot be brought back into circulation easily. They can be linked to the crime scene and restricted procedures are in place to exchange them at the financial institution. This makes stealing stained banknotes both uneconomical and impractical.

The French Government has implemented a regulation against physical attacks on ATMs since 2013, French financial institutions must equip their ATM estates with IBNS based on a list of criteria :

The impact of IBNS in France

Since the implementation of the Regulation in France, ATM physical attacks have dramatically decreased by 80% from 304 to 71 attacks per year (Source : French Gendarmerie). 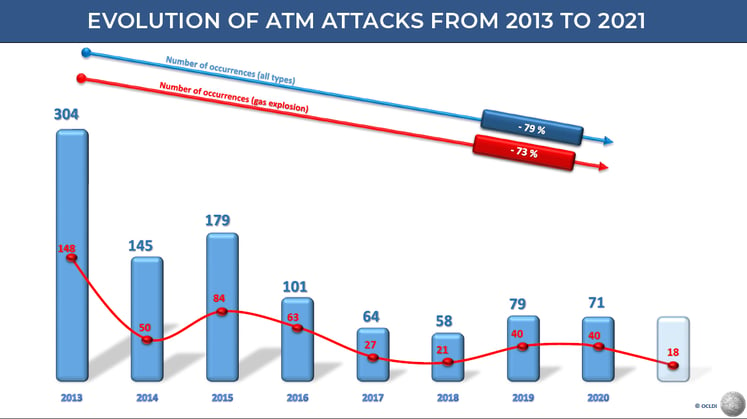 Risk cannot be harmonized, it is always evolving and it is hard to predict.

In general, financial institutions have been slow to adopt IBNS as preventive solutions as they have waited until the number of ATM attacks has increased. At one time this technology was perceived as expensive and unreliable. However, modern systems are much more cost effective and can quickly provide a return on investment. They can easily adapt to changes in risks and replenishment processes.

Modern up-to-date systems are designed with the flexibility to protect ATMs against Burglary, Ram Raids, Explosive Attacks and even the cash replenishment by simply adding a different set of sensors . The IBNS systems meet the demands from ATM, Static, Cross Pavement, End-to-End.

The industry associations (made of CIT, ink suppliers, Financial Institutions, Police, Central Banks) such as Vigiebillet in France help to educate the public and especially retailers of the risks associated with accepting and circulating stained banknotes. 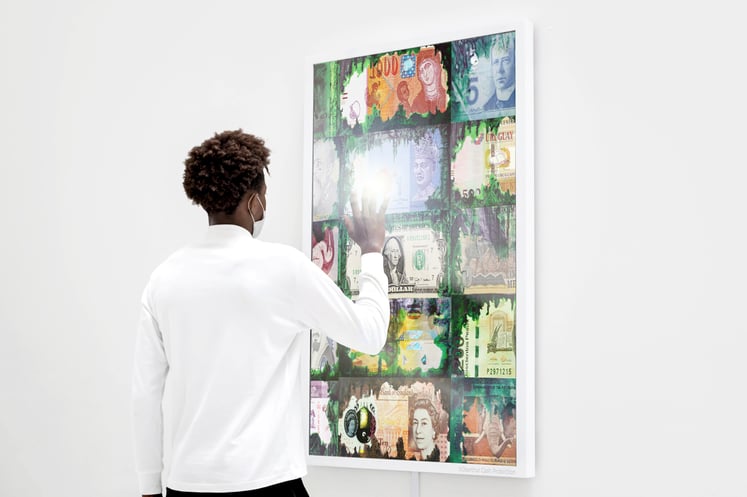 ATM protection is strategic since the amount of cash available in high risk locations gives criminals opportunites for attacks.
Marking money as stolen with high-security ink eliminates the criminal’s desire to commit an attack, and avoid, as a consequence, collateral damages to deal with for the ATM owner.

Discover now : How to Future Proof your ATM Network from physical Attacks !